Why Does Curry Taste Like Soap? Hint… It’s Coriander!

Why Does Curry Taste Better the Day After? 9 Reasons

Why Does Curry Taste Better the Day After? 9 Reasons

How Long to Reheat Chicken Curry in a Microwave? | 9 Great Tips!

How Long to Reheat Chicken Curry in a Microwave? | 9 Great Tips!

The Best Mini Tandoor Oven for Home Use | 6 Fabulous Ideas

The Best Mini Tandoor Oven for Home Use | 6 Fabulous Ideas

Have you spent your life asking why does curry taste like soap? It's not us. It' most definitely you! Want the good news? You may not have been getting the most out of your Indian food! By removing one simple ingredient, you will find the taste of your curry drastically improved. Today we're talking coriander, and what makes it taste so soapy, so you'll be able to enjoy a curry without the bad taste. Yep, you're welcome.

The 'soapy' taste in curry is actually caused by a herb called coriander. Genetics play a massive part in how your brain perceives the taste of coriander. For some, it tastes citrusy. For others, it tastes like soap! If you remove this ingredient, it will improve the taste of your curry!

Coriander features in many Indian dishes. Here's the science behind it and why you can still enjoy curry that doesn't taste like soap!

If you've been served curry with a leafy garnish sprinkled on top, it is highly likely that this is coriander. Remove this element, and you'll notice that the soapy taste literally disappears!

According to a study by Biomed central, coriander is quite a controversial herb.

In fact, some people hate it.

There are Facebook groups and marketing campaigns dedicated to it.

Well, it's loaded with things called aldehydes. These compounds are present in all foods and are responsible for how they taste. Coriander is unique in that the aldehydes present are perceived by people in different ways. And it all has to do with your ancestral background and how your brain processes flavours.

Coriander features massively in Asian cuisine. Can you imagine if 20% say the Indian or Thai population didn't like coriander? That's one-fifth of the country out of luck at dinner time!

Genetic analysis by Nicholas Eriksson provided in a study by Cornell University states: -

"There is a genetic component to cilantro taste perception and suggest that cilantro dislike may stem from genetic variants in olfactory receptors".

Here's a quick percentage table showing you how diverse people's taste in Cilantro really is, based on ethnicity from the results found on Biomed central: -

The highest proportion of coriander haters were from Caucasian, East Asian and African backgrounds.

Some people think that coriander tastes fragrant, fresh and citrusy. Others literally taste nothing but soap.

The real answer is it all depends on how your brain works.

Those who taste 'soap' when they eat coriander have a different genetic make-up from those who enjoy it.

There is an active gene, called OR6A2, that allow some people to detect aldehydes that others can't. Basically, if this gene isn't 'switched on' in your genetic make-up, you won't be able to pick up on the alkenes responsible for causing the soapy taste.

Coriander is a leafy green herb of the parsley family. You can eat the leaves, stalks and indeed the plant's seeds. All of which feature in Indian cooking. The Latin name for coriander is Coriandrum sativum. You'll also hear Americans refer to it as Cilantro. 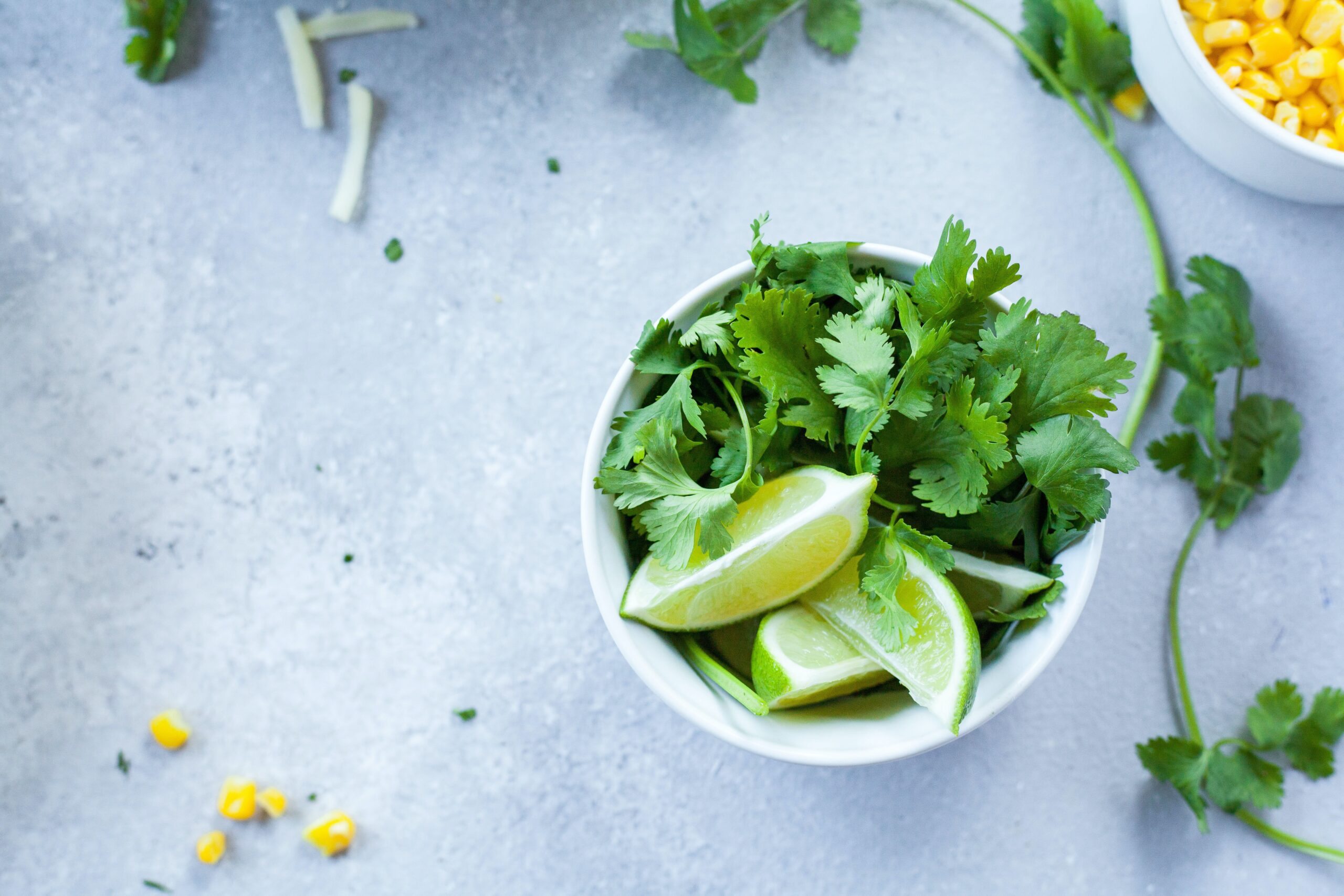 Here's how the different parts of the plant are used: -

If you want to see coriander seeds, check my full guide to Indian spices here.

Listen, guys, it's really simple. I guarantee that the soapy taste you are experiencing is coriander.

Get rid of it.

If you are ordering curry, the simplest way is to ask them not to prepare or garnish it with coriander. If you are making curry at home, then it is even easier. Give the coriander a miss entirely!

But my curry powder has coriander in it?

Second, even if you can still detect a soapy taste, it's not a problem. If you've been using shop-bought curry powder, perhaps it is time to make a change and make your own? I've got a great guide here showing how to make several different types of homemade curry spice.

Why Does My Curry Taste Like Soap? The Bottom Line

There are two reasons why your curry tastes like soap. The first is the plates haven't been rinsed properly. This is unlikely, which leads us to the second reason. You likely have a genetic predisposition that makes coriander taste like soap.

Remove this from your dish, and chances are the soapy taste will disappear like magic. Want to make curry your way, soap-taste free? Check out some of my curry cooking guides, and you'll know exactly what is making its way into your dish. Enjoy!

Hey folks, thanks for reading this article. I hope you found it useful, and that you learned something new allowing you to make your curry extra special. Here are a few things that can really elevate your curry game to the next level.

These are affiliate links, so if you use them I receive a small commission, but this won't cost you any extra. In all honesty, I use very similar items myself, and wouldn't hesitate to recommend them to my friends.

A Complete Curry Kit: - Literally, everything you'll need to make curry all in one place. Cookware, storage, utensils, even the spices! This is my dedicated guide to getting you up and running all for the price of few takeaways.

Curry pans: - You need one, and one only. A frying pan exactly like this is really easy to use, and is exactly the type that authentic Indian chefs use to make the type of curry that you'll have in your local takeaway. You can see my full reviews of several pans right here...

Spice Storage: - Being organised is half the battle in making great curry. Spices can be notoriously hard to keep tidy. That's why I tend to use a spice rack like this. You can arrange your spices by size, heat, or any way you choose. I've got a detailed review of several Indian spice racks in this guide.

Which Curry is Best for Beginners

Which Curry is Best for Beginners

What Does Curry Taste Like? Detailed Guide to Indian Cuisine

What Does Curry Taste Like? Detailed Guide to Indian Cuisine